Uptake of Scrubbers Will Continue: IHSMarkit 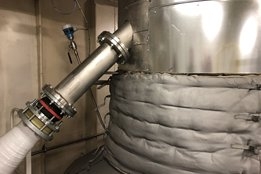 Last year's mega-rush of scrubber orders may be over, but IHSMarkit are among those who see the uptake of scrubbers continuing, which in turn will support the ongoing use of HSFO in the post-2020 market.

"We believe there will be an uptake in scrubbers longer term," Debnil Chowdhury, Head of North American Refining, IHSMarkit, told delegates last week at the IBIA Caribbean Bunker Conference (ICBC).

"When you look at the scrubber uptake we do believe HSFO demand will slowly come back but never reach the levels they were at prior to [IMO2020]."

Even less certain among market watchers is how this translates into ongoing HSFO demand.

While some believe a third or more of current HSFO demand could be retained in 2020, IHSMarkit sees scrubbed HSFO at 5% of demand, non-compliance at 15%, VLSFOs at 30% of total bunker demand, and gasoil making up the remaining 50%.