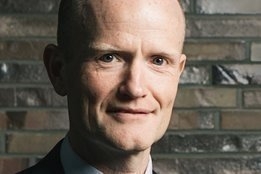 Following several weeks of market rumours on the matter, a move for Bomin's Jan Christensen to Hapag-Lloyd has been confirmed.

The move will be effective from the beginning of next month, with Christensen set join the box carrier at its new bunker manager, a spokeperson for Hapag-Lloyd has told Ship & Bunker.

The former OW man joined Bomin in 2014 and last year took over from Thomas Roller as Managing Director for Bomin Bunker Holding in Hamburg.

Bomin has yet to make an official statement on the move, but Christensen's exit will no doubt be seen as another step back for the bunker supplier.

Over the last year Bomin has been slowly pulling back from its supply operations and, despite insisting in October last year it was not exiting the market completely, subsequently announced the sale of its ARA and Hamburg supply operations.

Still, the firm in April made a bullish assessment of its prospects in the Americas.

Total sales climbed to 2.37 million cubic metres in the first quarter, up by 4.5% from the previous quarter and by 2.7% from the same period a year earlier.

A total of 195 LNG bunkering operations were carried out at the country's ports last year comprising 81,704 m3 of gas.