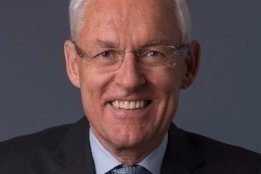 As the industry chalks off its first few days operating with the new global 0.50% sulfur cap, concern over the availability of IMO2020 compliant fuel looks to be fading.

"The availability was for a long time a concern but from everything we're hearing availability is there," Esben Poulsson, Chairman of the International Chamber of Shipping (ICS), told CNBC.

"It may be a little slower to load the fuel oil onboard ships because of greater demand, but I would say, yes, the industry is ready."

The new rules came into force on January 1, and whether there would be enough compliant fuel to meet demand has been a long running concern.

It has not been an easy road to get ready, but we have known about this date for some years and have prepared to the best of our ability

Similar levels of uncertainty has surrounded the compliance and enforcement picture, and while Poulsson said it was too early to tell what compliance levels actually are, he noted that looking historically for lowered sulfur limits in emission control areas (ECAs) it has been good.

"We expect the same will be the same here," he added.

This sentiment was also echoed last month by ICS' Secretary General, Guy Platten, in his "eve of Sulphur 2020" message.

"I would like to think the vast majority of shipowner will fully comply, and the new regime will be strictly enforced by Port State Control authorities globally," he wrote.

But despite some lingering concerns, particularly over safety and the availability of compliant fuels in every port worldwide, the headline message from ICS is that the industry is ready.

"It has not been an easy road to get ready, but we have known about this date for some years and have prepared to the best of our ability," said Poulsson.

New limit will remove 77% of sulfur from shipping's emissions.