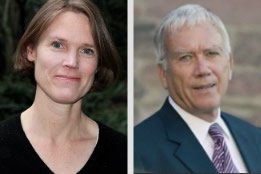 The upcoming IMO 2020 0.50% global sulfur cap is without question the single most significant regulatory milestone on the industry's horizon. But in exploring how compliance will be achieved, vessel owners are becoming increasingly aware of the need to look beyond 2020 and to what further regulatory changes lie ahead.

Despite an apparent sense of urgency for action from IMO following COP21 and the assurance from various industry commentators that change is coming, not to mention an increasing amount of coverage on the matter in mainstream media, there is frustratingly little clarity on what this change might look like or indeed, when it might take effect.

Aiming to change this is a newly-launched international research network funded by the Canadian government, who over the next six years, aims to develop effective international policy solutions towards greener shipping.

Based out of the University of British Columbia (UBC) in Vancouver, UBC Sauder's Centre for Transportation Studies is the main hub of the network under the leadership of principal investigator, David Gillen and research director, Jane Lister.

The research and policy recommendations coming out of this, we hope, will ultimately assist the IMO as part of their future policy and regulatory decision making process

Henrik Sornn-Friese at the Copenhagen Business School (CBS) is a co-director of the partnership with CBS serving as the main European hub for the network.

Overall there are 17 universities involved in the project from Europe, North America, and Asia, along with 17 non-academic partners made up of industry bodies, governments, and NGOs.

"It is a global project to identify and share best practice and advise policy internationally, of course with implications locally. The research and policy recommendations coming out of this, we hope, will ultimately assist the IMO as part of their future policy and regulatory decision making process," Lister told Ship & Bunker.

Naturally, bunker fuel is a key concern for Lister who notes Shipping's omission form the Paris Agreement on climate change and the fact the industry's carbon emissions remain unregulated.

Shipping's position as the most efficient mode of goods transportation, that's not going to hold out for long as the status quo is not sustainable, economically or environmentally

"It's a sweeping topic but we need to look at how to move beyond just tweaking the industry and to encourage more transformative innovation; what are the barriers in terms of economic feasibility versus technological feasibility and what are the policy leavers to helps in that transition," she said.

"And while it's true that some areas of the shipping industry are adopting efforts to go green, there are still major governance challenges. In the absence of clear international standards, policy fragmentation is occurring at regional and domestic levels, causing confusion and investment uncertainty."

Some have questioned the efficacy of aggressively targeting Shipping industry emissions, arguing that many calling for change are unaware it is already by far the most efficient mode of transporting goods.

Indeed, last year consultant and veteran industry expert Dr Rudy Kassinger drew both praise and criticism after telling Ship & Bunker that even if the entire world fleet switched to zero emissions propulsion technology, the impact on global greenhouse gas (GHG) emissions would be "modest" at best.

"It's been such a surprisingly hidden sector despite it being so integral to everything we consume, and as a result there are information asymmetries and it's a big challenge to make sure everyone understands what's going on in the industry. One of the main aims of the network is to not just conduct research, but communicate it - knowledge mobilization is a key opportunity here," said Lister.

there's the question of the feasibility of the transition itself and how we get there, and I think pressure is mounting since Paris to see this change faster rather than some time later

That said, as far is Lister is concerned there is no question as to whether or not future regulatory change is coming.

"Shipping's position as the most efficient mode of goods transportation, that's not going to hold out for long as the status quo is not sustainable, economically or environmentally," she said.

"Right now I'd say Shipping is lagging behind other sectors, but has woken up to the fact it's no longer a question of if, it's how."

Perhaps one of the biggest unknowns is when any meaningful change will take place, both in terms of the introduction of new regulations and impact on the environment.

"This is the political debate that will be playing out in full force in April at IMO and we need to determine what is feasible in terms of the timeline. For the ecological issues themselves, we've already run out of time, so there is pressure there. But there's the question of the feasibility of the transition itself and how we get there, and I think pressure is mounting since Paris to see this change faster rather than some time later."

The partnership is set to meet in Copenhagen on May 1 to present early stage research results, and plan the research going forwards.

Last-minute prompt demand ahead of the Christmas holidays and low inventories are reported to be behind the move.

The company has published a new white paper this week setting out its views on maritime decarbonisation.

The company plans to install a fuel cell pilot plant on board the MSC World Europa.