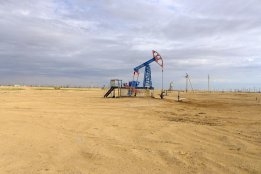 Oil production elsewhere in the world may rise to offset any supply disruption from Russia. File Image / Pixabay

Crude oil prices are unlikely to break out beyond $130/bl for significant stretches of time in the next few years as new supplies come to the market to offset losses from Russia, according to analytics firm Kayrros.

The oil price is likely to remain within a $90-130/bl band for the next few years, Antoine Halff, co-founder of Kayrros and a former chief oil analyst at the IEA, said at the World Fuel Oil Summit in Barcelona on Friday.

The price is unlikely to exceed $130/bl for long even in the event of significant Russian supply disruption as more supply would emerge from Iran and Venezuela, which the US would allow either openly or tacitly, and OPEC more widely would be receptive to increasing production to avoid causing a global recession, Halff said.

The clause sets out how "to allocate costs and responsibilities for obtaining, transferring, and surrendering greenhouse gas emissions allowances for ships operating under an emissions scheme."

The firm plans to offer the shipping industry systems that reduce CO2 emissions through the use of amines, calcium hydroxide or molten carbonate fuel cells.