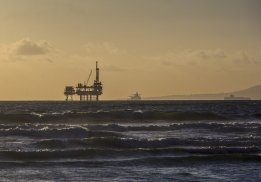 A production cut announced by Petrobras earlier in April has been reversed in response to bouyant demand primarily from bunker fuel, the company has said.

"With demand for our products proving better than expected, we opted to gradually return average production to around 2.26 million barrels per day in April, while also increasing utilization rates at refineries," the company was quoted as saying by Reuters.

Petrobras has made a priority of producing bunker fuel. First-quarter production of bunker and other fuel oils by the oil company were up 18.5% over the previous quarter and almost 50% from the same period a year before.

Executives have repeatedly said demand for bunker fuel appears more resilient during the novel coronavirus pandemic than demand for other products, such as gasoline and jet fuel, according to the report.

Ships loading and unloading cargoes at the terminal can now take LNG bunker deliveries by barge at the same time.