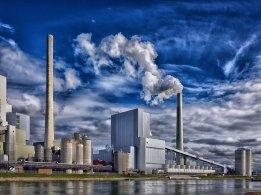 Independent refiner Phillips 66 has said it will modify units at two of its US-based plants in anticipation of the coming changes to fuel oil demand.

The move will reduce the production of high sulfur fuel oil (HSFO ), according to price reporting agency Argus Media.

The two plants are the 356,000 barrels per day (b/d) joint venture Wood River refinery in Roxana, Illinois, and at the 250,000 b/d Bayway refinery in Linden, New Jersey, the company said this week according to the report.

The company will complete modifications to Wood River in the first quarter of next year and to Bayway in the second quarter. In addition, it will add storage tanks to the 101,000 b/d Ferndale refinery by the end of the year.

The company also plans to start up a small, idled crude unit at Wood River next quarter, the report said.

From the start of next year, global shipping must use bunker fuel capped at 0.5% sulfur or have the necessary abatement equipment to stay within the limit.

Market observers have said that the refinery sector in the US should benefit from new demand patterns prompted by the low sulfur rule on bunker fuel.

Bunker One Adds Barge in Caribbean

The M/T Lillo Swan, seconded from Uni-Tankers, has been stationed by Bunker One in Trinidad.