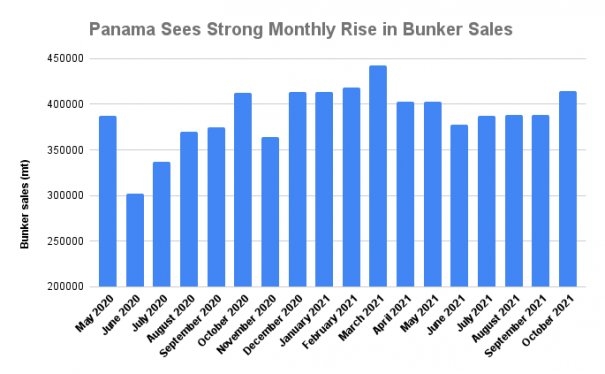 Bunker demand in Panama climbed on both a monthly and yearly basis in October.

Total sales reached 414,442 mt last month, according to preliminary data from the Panama Maritime Authority (AMP). The total was up by 0.4% from a year earlier and by 6.8% from September's level.

Signs are emerging of a stronger end to the year for global bunker demand after a slowdown in the summer. Singapore's October bunker sales climbed by 8.1% from September's level and by 2.5% on a year-on-year basis.

Still, some analysts worry about both oversupply and tightness.

The company has installed one of its Seawing systems on board the ro-ro ship Ville de Bordeaux.

The EU is partly subsidising the research.