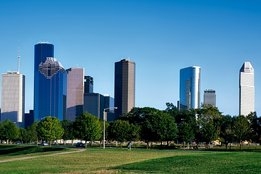 The former Director of Supply at Aegean has some 30 years of experience in the bunker and wider oil markets, during which time he has held appointments with some of the industry's most recognizable names.

Richardson's new role is based in Houston where he will be responsible for the wholesale distribution of all products, and will be working closely with GCC's bunker team; terminal operations; the processing unit and operations teams.

"We are delighted to have someone of Keith's pedigree join the GCC team at what is a critical time for the industry, and an exciting period of growth for GCC," said Mark Vandevoorde, GCC's Managing Director.

Founded in 2017 as low sulfur bunker specialists, the supplier saw notably early interest in its IMO2020 grade fuel offering having received firm supply commitments as far back as May.

Government interest in alt fuel high but reaching scale for shipping some way off.