US Refining Firms Take to Court Over Bunker Desulfurisation Patent 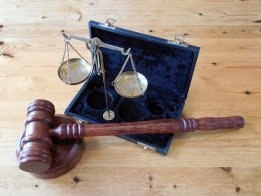 A jury trial has been requested for the case. File Image / Pixabay

Magēmā Technology LLC, a firm launched by Rigby Refining CEO Michael Moore and Chief Technologist Bertrand Klussmann, has filed a complaint at a US District Court in Texas against Phillips 66 and WRB Refining over its bunker desulfurisation patent.

The technology, for which Moore and Klussmann first filed a provisional patent application in February 2017, involves using a hydroprocessing unit at a refinery to remove the sulfur from HSFO sold under the ISO 8217:2017 specifications while preserving its other qualities.

In its complaint, filed in July, Magēmā alleges Phillips 66 took technical information from a presentation in February 2018 to use the technology in two of its refineries.

"Despite the inventors’ best efforts to notify Phillips of their intellectual property rights, including giving Philips written notice of the first patent’s issuance, Phillips continued its infringing activities, never bothering to respond to or acknowledge communications from the inventors once it had their technology in hand," Magēmā said in its complaint.

In the defendants' counterclaim, filed last week, the defendants deny this version of events, while saying they are still investigating some of the allegations.

Magēmā has requested a jury trial for the case.

The firm has joined the decarbonisation body as a strategic partner, with a seat on its board.