US Could Go Faster on Domestic Shipping Emissions, Say Activists 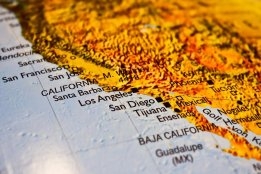 Environmentalists in the US want the Biden administration to do more to curtail emissions from domestic shipping.

Voices such as the Moving Forward Network want to see specific targets set for all ships calling on American ports to zero out their greenhouse gas emissions,as well as new rules requiring ships switch to cold ironing when docked.

While bigger moves to counter shipping emissions would require congressional approval, activists say simpler measures are possible, according to the Washington Post.

Among the measures advocated are slow steaming and incentives for ship operators to adopt zero-emission technologies. The administration could also enforce greenhouse gas emissions limits within the 200-mile offshore buffer zone established years ago to limit air pollution from ships, the report said.

In California, a weather vane among states on environmental action, congressional representative Alan Lowenthal plans to introduce a bill this month to establish the first monitoring and reporting system for carbon emissions from large ships in the US. It is modelled on the European Union's reporting system.

California already has a number of measures in place to curtail emissions from ships including tighter control of a vessel's emission while at berth.The 'control measure for ocean-going vessels at-berth' took which took effect from the start of 2021, aims for an 80% reduction in auxiliary engine emissions.with compliance to be monitored from the start of 2023.