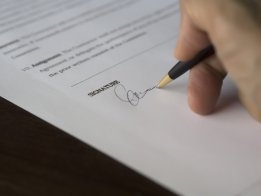 Vertex Energy has signed an agreement granting Bunker One the exclusive rights to purchase marine fuels produced at its Marrero, Louisiana refinery, the company said Monday.

Under the agreement Bunker One's US unit will have the right to purchase 100% of the marine fuel produced at Marrero up to the end of December 2029, Vertex said.

Bunker One has bought $5 million worth of Vertex's securities as part of the deal, Vertex said.

"This relationship not only ensures a long-term sales and marketing channel for 100% of our current marine fuel production at fair market prices, it also provides us surety of off-take for incremental marine fuel production in future years, while allowing us to participate as a minority partner in Bunker One's entire North American marine fuel bunkering business," Vertex CEO Benjamin Cowart said in a statement.

Some industry sources have reported operational problems caused by having the majority of staff working from home.

Falling oil prices and the prospect of better deals keeping buyers away.