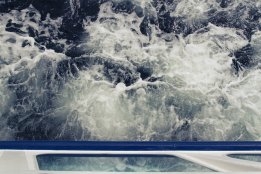 Images of a Carnival cruise ship belching out black smoke while in port have made their way into the mainstream media via social media.

The UK-based Daily Express ran the story in which it said it had contacted the company for comment.

Twitter contributions offered a range of explanations for the presence of the black fumes.

The ship was flimed at berth in Bermuda on July 28, according to the Daily Express report.

The cruise industry is coming under increasing pressure to up its game on vessel emissions.

Executives from Carnival, which is the world's biggest cruise line operator, recently told a US court that the company aimed to become world class within three years on its environmental performance.

The company was in court to answer questions on non-compliance with maritime environmental regulations.