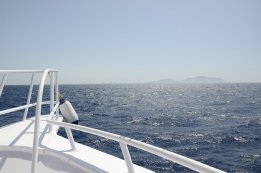 The company's announcement comes as the covid-19 pandemic continues to disrupt business activity with leisure and tourism particularly hard hit.

RCL reported a $1.4 billion loss in its first quarter results of which it said $1.1 billion was from a non-cash asset impairment. This loss was due to the covid-19 pandemic, according to the company.

"For the same four-year period, the annual average cost per metric ton of the hedge portfolio is approximately $433, $435, $514 and $580, respectively," the company said.

The cruise sector overall has taken a massive hit from the spread of coronavirus with ships struggling to find a disembarkation port as the virus took hold.

In a first quarter earnings call, chief executive Richard Fain maintained an upbeat view of future prospects  Fain said that RCL is very focused on how it will operate under the' new normal' for leisure and tourism which will mean stricter health and safety measures.

But far from the signalling the demise of cruise ship travel, the result of the pandemic will be a change of practice for cruising operations. Fain said that 9.11 did not stop air travel but changed the way it worked.

"Travel and tourism will adjust to the new situation," he said.  The company's own healthy return to service programme will lead the way for RCL, he said.

The bare facts of the economic havoc caused by the impact of the pandemic remain in plain sight as the company said it cancelled 130 voyages in the first quarter.  Nevertheless, chief financial officer Jason Liberty said that costs had been curtailed and capital requirements deferred.  The executive added that RCL can be expected to make a loss in the second quarter and for the year.

However, the executives said that future demand for cruise voyages remained buoyant with the company's loyalty guests showing particular resilence.  Along with enhanced health and safey measures, guests can move booked trips under the lift-and-shift option, the company said.

Oil, Dow, And Other Markets Rally As Back To Work Movement Gains Momentum

But analysts warn that volatility will still reign for the foreseeable future.