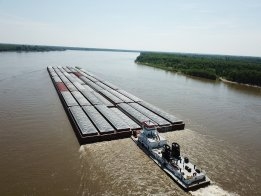 The sold assets, Mega Lubricants, cover "the business of blending, manufacturing and delivering various marine application lubricants, sub-sea specialty fluids, and proprietary developed commercial and industrial products", according to a statement issued by MMP over the deal.

"We look forward to integrating seamlessly because of the similarities in corporate culture and personnel. We are excited about this acquisition and continue to look at growth in the future," Stone said.

MMP said the move would allow the company to pare down debt.

Meanwhile, Bernstein predicts a huge rebound for energy earnings in 2021.

The Islamic Revolution Guards Corps has taken the ship to an Iranian port for examination.