Bunker One Appoints Directors in Brazil 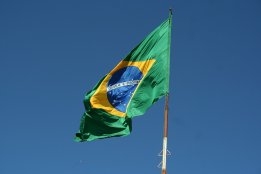 Bunker One operates two barges with a combined capacity of more than 4,000 m3 in Brazil. File Image / Pixabay

Fernandez had previously served as the company's marine fuels manager in Brazil from February 2018, and had earlier worked as a team leader for Glander International Bunkering and a trader for OW Bunker.

Cabral was previously business development manager in Brazil for Bunker One, and had also earlier worked for Glander and OW Bunker.

Bunker One operates two barges with a combined capacity of more than 4,000 m3 in Brazil, as well as 25 trucks, according to the company's website. The firm has a staff of 22 employees in its Rio Janeiro office.