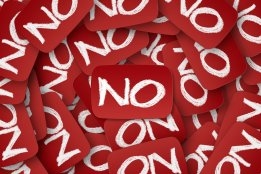 In contrast, volumes for the larger players who have made good on any claims have been unaffected.

Indeed, one market source said it had actually seen volumes increase since the bad bunker incidents.

Panama's monthly volumes have been falling since June when the well-reported "bad bunker" issues emerged, with the latest data from the Panama Maritime Authority (AMP) indicating November volumes fell to a 29 month low of 308,366 mt, a decline of over 18% year-over-year.

Suppliers have had a number of outs to walk away from buyers' quality claims, chief among them being expired time-bars and the fact the suspect fuels typically met ISO 8217 standards.

"It would seem buyers have moved away from doing business with the smaller suppliers who did not follow through with the quality claims. That is what has caused the recent drop in the market," a separate local market source told Ship & Bunker, who asked not to be named.

"Vitol and Glencore have also reduced ex-wharf supply, so there is less opportunity for the smaller players and the market now favours larger larger players with their own cargoes and tanks."

With IMO 2020 looming and the market facing the complexity of new fuels and a raft of potential compatibility issues, the recent movements in Panama are perhaps a sign of things to come in the wider, global market.

The explosion destroyed most of Beirut's port facilities as well as causing widespread destruction around the city and killing at least 100 people.

Meanwhile, Yawger says the next six weeks of driving rates are crucial to the market's health.