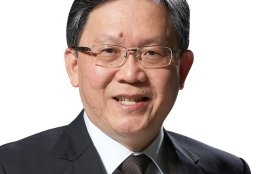 Stakeholders across Singapore's marine fuels supply chain are preparing to embrace the change needed to decarbonize the industry.

That was one of the headline messages from the Maritime and Port Authority (MPA)'s Chief Sustainability Officer, Er. Tham Wai Wah, who spoke to Ship & Bunker following the launch last month of the Maritime Singapore Decarbonisation Blueprint 2050.

Key for the bunker industry is that it needs to both supply a new generation of marine fuels - such as methanol, ammonia and hydrogen – while still catering to existing fuels during this transition. Or to put it another way, there needs to be an international effort, and a domestic effort.

"We are fortunate to be the world's largest bunkering port, and we are committed to having a range of competitive options to meet the energy needs of the global shipping industry," Tham said of the internationally focused effort.

Being at such an early stage of the decarbonization process means it remains to be seen exactly which fuels, and in what quantities, will be needed in the future. One of the few things that is known for sure is that whatever those energy carriers transpire to be, they are not currently in use as marine fuel today.

This presents a number of challenges, not least of which being the development of regulations for these new fuels.

"If you want to use greener fuels you have to ask what will be the bunkering and safety standards," said Tham.

If we want to pursue greener fuels ... we need to ensure there are land and space resources to do so sustainably

But progress on getting those answers is underway, and MPA has already formed a few consortiums that bring together stakeholders from across the entire value chain to focus on these very issues.

"MPA will be part of the various consortiums so that we are able to work together to make sure that the standards of bunkering and safety are aligned and well defined, so that everything can come in smoothly and move to what is a common goal and target."

Tham notes that the efforts are not just limited to Singapore's domestic port operations, and MPA is working with a number of other global partners under the Future Fuels Port Network initiative.

"Right now we are already working with Rotterdam and Japan with a hope to harmonise some of the bunkering standards that we have to work on, and then to maybe run a pilot trial on some identified routes," he said.

Storage for these new fuels is another obvious challenge, and again, efforts to address this are already underway in Singapore.

"The government right now is looking into this. If we want to pursue greener fuels - the ammonia or methanol or hydrogen in the future etc – we need to ensure there are land and space resources to do so sustainably," said Tham.

"First we have to ensure that we are able to meet the interim needs, from now until maybe five to 10 years time. To be the top bunkering hub and trading hub, then we have to plan even further ahead. How much land will we need to take on all these green fuels for the future because the fuels for this interim period may not be what we want in the longer term, and we have to avoid having stranded assets."

As far as the domestic effort is concerned, the Blueprint calls for all harbour craft - including all bunkering vessels - to achieve a 15% reduction in absolute emissions from 2021 by 2030, and a 50% reduction from 2030 by 2050.

To achieve this, electrification has already been identified as the ideal long-term way to power most of the harbour craft fleet. However, a range of alternative fuels will need to be introduced for the larger bunkering fleet.

"I think for us to move towards greening or electrifying our harbour craft, it will take time. So we need to have an interim solution," said Tham.

"Hence, we are looking at LNG and biofuels.

"Whether electrification is then possible depends on if battery technology is then advanced enough for us to actually do it," he added.

A range of additional hurdles would also need to be overcome in this period, such as standardization of the charging infrastructure.

As it is by far the world's largest bunkering hub by volume, it is perhaps no surprise that MPA is establishing itself as one of the first movers in the decarbonization of the bunker industry.

While there could be many advantages to this, the cost to embrace this change should not be ignored. Indeed, back in 2014 when Singapore announced it would make the use of mass flow meters mandatory there was concern that the cost of embracing this change would make Singapore bunkering uncompetitive.

While the cost of decarbonization will surely be considerably higher than the adoption of MFMs, Tham says the marine fuels industry is ready to embrace this change.

"From the feedback that we have had, I can gather that most of the industry right now is aware of the importance of this. The sector knows it has a responsibility to bring down emissions," he said.

"Last year when we conducted the carbon accounting and management workshops for the maritime sector we received a tremendous response from them to participate in this workshop.

"So moving forward, I do not see that the maritime sector should be worried about any issues of becoming uncompetitive. Instead, I think they're more curious as to what are the available technologies or green energy sources or low- carbon solutions.

"Helping to ease this concern, they could perhaps explore and tap on green financing schemes that would likely be available to the maritime industry in the near future.

"This will help them to actually push some of the green initiatives forward."

The Blueprint identifies several other incentives and targets, such as a scheme through the Singapore Registry of Ships (SRS) to incentivise owners to operate green ships, working towards 50% of the SRS fleet to be 'green ships' [1] by 2050.

All these topics and more are being explored further during Singapore Maritime Week (SMW) 2022, which features conferences on sustainability including "Accelerating Decarbonisation" and "IMO-Singapore Future of Shipping Conference: Decarbonisation".

[1] The Green Ship Programme (GSP) is one of the programmes under the Maritime Singapore Green Initiative. GSP is targeted at Singapore-registered ships that voluntarily adopt solutions that enable ships to exceed environmental regulatory standards mandated by the International Maritime Organization. GSP commenced on 1 July 2011 and is further extended until 31 December 2024.

The company is looking for candidates with eight to ten years of relevant experience and technical expertise within the area of advanced biofuels and synthetic fuels.