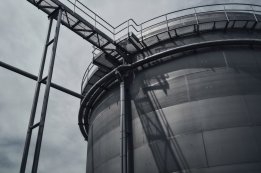 Japan's third largest refiner has started to build stocks of very low sulfur fuel oil (VLSFO) to be in a position to supply its domestic marine fuel market from October.

Cosmo Oil is using VLSFO produced at its residue deduslfurizer unit at its Chiba refinery near Tokyo to build stocks, the company's president told Reuters.

"We still have some spare capacity at our residue desulfurizer so we can produce more low-sulfur fuel oil to supply to the bunker market," president ShunichiTanaka was quote as saying

The move will also reduce Cosmo Oil's surplus gasoil production, which used to be exported, according to the executive. Residue from the unit is typically processed further at secondary refining units to become higher value products such as gasoline and diesel.

Cosmo's decision to start selling VLSFO is part of a growing trend among Asian refiners seeking to capitalize on the demand for IMO2020 grade fuel.

As VLSFO production grows, demand for alternative marine gasoil (MGO) may not be as robust as initially forecast, the report said.