Indian Oil to Produce More Than 1 Million mt of VLSFO in 2020: Reuters 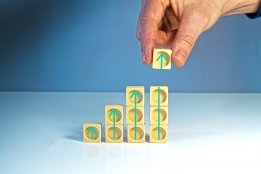 The company is seeking to boost its output of low-sulfur fuels. Image Credit: File Image / Pixabay

The Indian Oil Corp. (IOC) intends to produce more than 1 million mt of very low sulfur fuel oil (VLSFO) this year, according to a report from Reuters.

The state-run refiner is seeking to boost its output of low-sulfur fuels, company chairman Sanjiv Singh told the news agency.

Indian media this week have reported a shortage of VLSFO on the country's east coast that may cause delays for coastal shipping there.

The IOC is currently buying its crude from the US, but may consider a term contract to buy some from Russia, Singh told Reuters.

As Managing Editor based in London.

The P&I Club has issued some final IMO2020 guidance for seafarers ahead of the new sulfur cap coming into force.