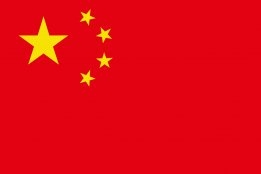 Buyers in China will have to wait a little longer for an increase in domestic VLSFO production. Image Credit: File Image / Pixabay

China's very low sulfur fuel oil (VLSFO) production is unlikely to be boosted after the recently announced tax changes until at least the second quarter of this year, news agency Reuters reported Thursday.

China is set to apply a rebate on value added tax on fuel oil from the start of next month, and the market expects the change to trigger a much-needed boost to VLSFO supplies in the region and support demand at Chinese ports.

But Reuters cited an official at a Sinopec refinery as saying it would take at least three months to adjust production plans and add infrastructure to make VLSFO.

While the necessary hydrodesulfurization capacity is already in place at the refinery, additional tanks and pipes would need to be added, the official told Reuters.

The combined company will operate under the name KPI OceanConnect.

The combined company will operate under the Clean Marine brand.