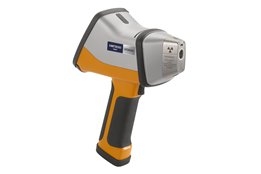 The Maritime and Port Authority of Singapore and the Australian Maritime Safety Authority (AMSA) have both received new handheld XRF sulfur content analysers as part of their preparations for the upcoming global 0.50% sulfur cap on marine fuel.

Hitachi High-Tech Analytical Science Corporation (HHTASC), who suppled the equipment, says the X-MET8000 units it delivered give results in less than 60-seconds and have an embedded GPS to show exactly where analysis is performed.

Like other recently released XRF analysers, they are touted as having laboratory-quality results.

"With less than six months remaining until the new regulations take effect, if organisations such as port authorities, shipping companies, marine surveyors and bunker fuel suppliers do not have an onboard testing solution yet, now is the time to take action," says HHTASC's Deputy Sales and Service Director, Adrian Smith.

With the current global sulfur cap set at 3.5%, and the current average sulfur content of marine fuel around 2.7%, sulfur regulation enforcement is generally a non-issue outside of the limited number of emissions control areas (ECAs) where the cap is significantly lower.

As a result, the new global cap of 0.50%S that takes effect from January 1, 2020 will usher in a new era of enforcement requirements for authorities.