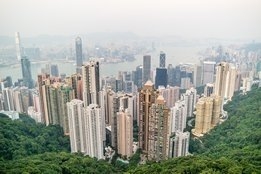 Brightoil Petroleum (Holdings) Limited (Brightoil) says it has reached a settlement agreement with Petco Trading Labuan Company Ltd (Petco), the company that called for Brightoil to be wound up.

The legal spat was revelled last June relates and was said to relate to an outstanding sum of US$25.7 million owed to what was at the time an unnamed third party.

Brightoil says the settlement agreement was entered into on August 7, 2019 and it is continuing to seek legal advice in relation to the Petition.

As part of its latest announcement, Brightoil also said the moratoria for a separate winding up petition of Group's Singapore unit has now been extended until September 30, 2019.

The company's US unit originally imposed an 'operational pause' for 30 days from March 13, and has since extended it three times.

However, the Saudis warn of the "inevitability" of hiccups in our recovery.