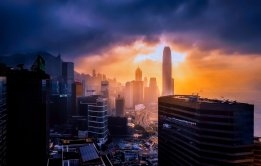 Brightoil Petroleum (Holdings) Limited (Brightoil) has been served with a winding up petition in Hong Kong that will be heard before the High Court of Hong Kong on July 17, 2019.

In an update to Tuesday the firm said the petition relates to an outstanding sum of US$25.7 million owed to an unnamed third party.

The petition, served on May 17, 2019, states the Company is insolvent and unable to pay its debts.

The news is the latest setback for the company as its financial position becomes increasingly precarious.

Brightoil says it currently has aggregate debts of approximately US$1.85 billion and last month warned creditors could call in over $1.3 billion of debt after its founder and former CEO, Dr. Sit Kwong Lam was declared bankrupt.

The firm is also battling winding up proceedings made against its Singapore unit, that in November also had its entire bunkering fleet arrested.

Ranked as the second largest supplier in Singapore by volume in 2011, the supplier still managed to rank 28th on the list for 2018.

On a brighter note Tuesday, the firm said it had netted $200m from the sale of sold four tankers.

Storage Space Concerns May Limit Hydrogen's Use in Shipping

One of the main disadvantages of hydrogen is its storage space requirements -- as much as three times that needed for marine gasoil.