Brightoil CEO Sit Forced to Step Down After Being Declared Bankrupt 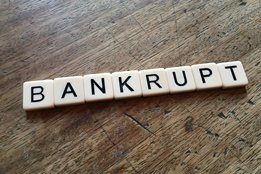 Company founder Dr. Sit Kwong Lam has been forced to step down from his various roles at Brightoil Petroleum (Holdings) Limited after being declared bankrupt in an April 11 ruling by the High Court of Hong Kong.

Sit's roles included acting as Brightoil's CEO, Chairman of the Board, and Executive Director.

In a Hong Kong Exchange filing made today, Brightoil explained the company by-laws require a director to vacate their position if they are declared bankrupt.

Sit will appeal the bankruptcy order and seek reappointment as a director, the company added.

The bankruptcy declaration relates to a debt of some US$30 million guaranteed by Sit that is owed by the wholly-owned Brightoil Singapore Pte. Ltd subsidiary.

Court documents show the debt is owned to Vietnam-based trader Petrolimex, who last November filed an application to wind up Brightoil's Singapore operation.

The Singapore entity was ranked as the 28th largest bunker supplier in the port for 2018, but its entire fleet of bunkering vessels remain under arrest after being detained in November.

Those efforts will continue in SIt's absence, it says, while looks for a new Chairman of the Board and CEO.

The company is looking for candidates preferably with more than four years of bunker trading experience and an existing book of clients.

Taken together, the sum raised in sustainability-linked credit for the shipping industry so far amounts to a considerable bet on the industry's ability to decarbonise.