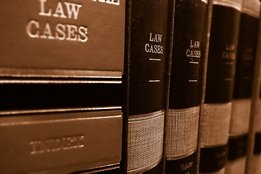 The application will be heard on November 23. File image / Pixabay

Vietnam-based trader Petrolimex has filed an application in the Singapore High Court to wind up Brightoil’s Singapore operation.

In a notice published by local law firm Rajah & Tann Singapore LLP in the November 12 issue of The Straits Times, Petrolimex was said the be a creditor of Brightoil Petroleum Singapore Pte Ltd.

The application will be heard on November 23.

For 2017 the bunker supplier was ranked by the Maritime and Port Authority of Singapore (MPA) as the port’s 17th largest supplier by volume, moving up one place over its position for 2016.

With its shares suspended due to the delayed release of its 2017 financials, in July Brightoil said it was in talks to sell assets as part of efforts to “bolster the financial strength and provide support to the long term strategic developments of the Group.”

The news comes amid a period of increased market chatter over the financial health of several bunker industry players, with Aegean's recent filing for Chapter 11 no doubt adding to industry concern.