Brightoil Warns Creditors Could Call in $1.3bn of Debt After Sit Bankruptcy 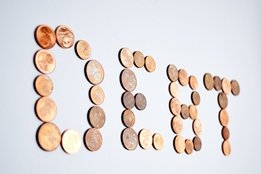 Brightoil Petroleum (Holdings) Limited has warned its creditors could call in over $1.3 billion of debt after its founder and former CEO, Dr. Sit Kwong Lam, last month was declared bankrupt.

In its latest quarterly update, Brightoil reiterated it currently has aggregate debts of approximately US$1.85 billion, with creditor claims having now risen to approximately US$391 million - up from form the previously announced $250 million.

"Under the terms of various borrowing agreements and a finance lease agreement with various
institutional borrowers, Dr. Sit Kwong Lam … is a guarantor of such borrowings," Brightoil said in its update.

"The parties providing the financing may request the Company to transfer the title of the underlying assets, to provide additional guarantee, cease negotiation in any progress borrowing transactions and request remediation proposal within a specific period of time, in addition to demand on full repayment of outstanding interest and corresponding fee. The aggregated borrowing amounted to approximately USD1,362 million."

In addition, USD76.15 million due to three of its trading partners is also guaranteed by Sit.

However, the company has stressed that Sit's personal guarantees do not contain any specific provisions relating to bankruptcy, and so far no legal proceedings have been brought against the company as a result of Sit's bankruptcy.

Efforts to restructure its finances are ongoing, Brightoil said.

The P&I Club has issued some final IMO2020 guidance for seafarers ahead of the new sulfur cap coming into force.