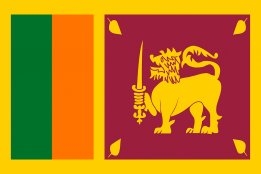 The plant was shut down in November following restrictions on crude imports as the country struggled with a balance of payments crisis. File Image / Pixabay

Sri Lanka's largest oil refinery is set to restart on Monday after receiving a crude shipment.

The 50,000 b/d Sapugaskanda plant is set to restart on August 15 after receiving a crude shipment on August 13, local news provider EconomyNext reported this week, citing comments from Power and Energy Minister Kanchana Wijesekara.

The plant was shut down in November following restrictions on crude imports as the country struggled with a balance of payments crisis. The facility was briefly running again from March to May before another shutdown.

Bunker suppliers in the country have told Ship & Bunker that their services have continued uninterrupted despite Sri Lanka's economic problems, with their revenue denominated in US dollars shielding them from the worst effects.

The company has acquired the 9,600 DWT tanker the Monjasa Shaker -- formerly known as the Trinity Erk -- to add to its fleet in the Middle East.