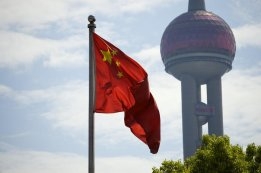 Foreign sales of bunker fuel from China rose by 13% in July over the previous month, according to official data.

Foreign trade container throughput at eight major Chinese ports rose 14.5% in July, up from the 8.4% growth in June, according to data from China's port association.

Tommy Lykke Wind has joined the firm as senior future fuels manager in Copenhagen as of this month.

The firm supplied NYK's bulk carrier the M/V Frontier Explorer with a biofuel-VLSFO blend in Singapore on July 5.

Previous bunker trading experience, though helpful, is not essential.