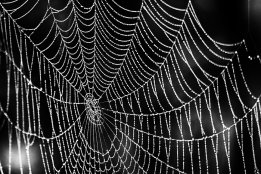 A web of companies operated the racket. File Image / Pixabay.

A network of small bunker companies involving family members were behind the mass flow meter (MFM) scam, details of which emerged yesterday in Singapore.

The scam worked by interfering with MFM readings to deliver less than the contracted fuel.

One of the ringleaders,Tay Tien Whui, was the sole shareholder in Success Energy Service (SES), according to local news provider the Straits Times.

Another kingpin in the scam, Ang Heng Lye, was a consultant and partner to that firm, the report said citing court documents.

SES provided the staff who were in on the racket and who were managing the bunkering operations when the fraud took place in June 2018.

Another firm, Urban Energy (UE), handled the racket's operation from July 2018.  The third ringleader, Kek Kah Hui, was a director at UE.

His brother, Kek Kah Hee, who also worked at UE, would assign bunkering operations to other gang members.

The six cargo officers involved in the scam including Kek Kah Hee received their commission via Newocean Fuel.

The Maritime and Port Authority of Singapore has been keen to stamp out malpractice in the port's bunkering sector. MFM were seen as a reliable way of curtailing opportunities to cheat on the delivery of bunker fuel from barge to ship.

Singapore is the world's largest bunkering port by volume of fuel sold.

The two firms have decided to establish 'a long-term strategic and industrial cooperation focused on the production of decarbonized fuels'.