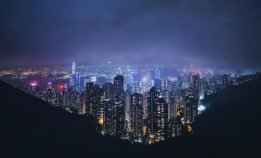 The firm was wound up by an order of the High Court of Hong Kong Special Administrative Region on August 8. File Image / Pixabay

The firm was wound up by an order of the High Court of Hong Kong Special Administrative Region on August 8, the company said in an exchange filing on Monday.

A similar order was issued by the Court of Appeal in Bermuda on July 26.

In an update on its status in June, the company said it had faced a 'catastrophic credit freeze' from the banking industry in 2020.

"As at the date of this announcement due to the outbreak of the Covid-19, the Group is unable to function properly and effectively," the company said in the June statement.

Rod Sutton and Kenneth Fung of FTI Consulting and Edward Whittaker of R&H Services have been appointed as joint provisional liquidators of the company.

Meanwhile, U.S. demand for gasoline appeared to be waning.