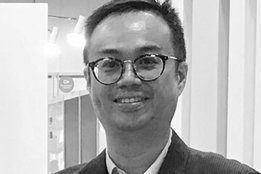 The International Bunker Industry Association has announced Alex Tang has joined as its new Regional Manager for IBIA (Asia) Ltd.

The appointment was effective August 5, 2019.

Former Petro Inspect man Tang replaces Simon Neo, who in June announced he was stepping down from the role at the end of July.

“We are excited to welcome Alex to the IBIA team. He brings a great set of skills that make him very well suited to this important role, and we look forward to working with him,” says IBIA Director Unni Einemo.

Tang arrives from his most recent appointment at testing and inspection firm Petro Inspect, and has held previous roles at Bureau Veritas Asia, Lloyd’s Register FOBAS, and BP Singapore.

“I am delighted to join IBIA at the right time to work with all the industry stakeholders during the challenging 2020 and post 2020 era. This is a new chapter for marine fuels that will involve new opportunities and challenges ahead,” says Alex Tang.

Tang will be assisted in the running of IBIA (Asia) Ltd. by Noraini Binte Salim, who was recently appointed as Office Manager.

Adding his comments to the appointment, IBIA’s Chairman Michael Green says: “While we are sad to see Simon depart it is fantastic that we are able to bring someone of Alex’s calibre onboard and I look forward to working closely with him.”

The 8MW facility is expected to become fully operational in the first half of this year.