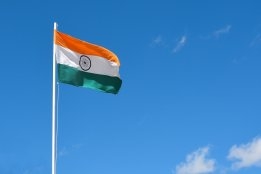 The vessel was arrested at the port of Pipavav in India. File Image / Pixabay

A GP Global tanker has been arrested in India, according to maritime news publication TradeWinds.

The 6,200 DWT tanker GP B3 was arrested at the port of Pipavav on Wednesday, TradeWinds reported Thursday. The arrest was on behalf of the vessel's mortgagee, National Bank of Fujairah.

A GP Global representative was not available for comment.

The tanker had been waiting off Fujairah before coming to India last month, according to shipping intelligence service VesselsValue.

GP Global's bunker business has been largely paused as the company seeks new backing from its lenders.

Under the memorandum of understanding Yara will supply ammonia to Trafigura Group companies, but the company has not commented on whether TFG Marine will be involved.