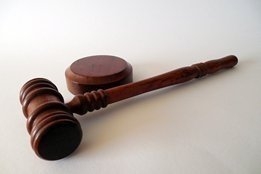 Brightoil has revealed the full sale price details from the recent sell off of its bunker tanker fleet as part of its latest quarterly update.

Comparing to market valuations by VesselsValue.com, the tankers went for an average discount of 32.2% - slightly better than the initially reported deals had indicated.

The tonnage was acquired by local bunker players Equatorial Marine Fuel, Global Energy Group, and Minerva, with one vessel going to an entity named as GXO International Pte Ltd.

Brightoil's fleet was arrested last year as part of its ongoing financial struggles.

The company also had numerous other vessels arrested, four of which were sold off at an average discount of 11.9%, compared to market valuation by VesselsValue.

"All proceeds from the various judicial sales are expected to be used to settle the debts
of [Brightoil Petroleum Singapore] BOPS and the Company after repayment of the vessel-related debts and liabilities," Brightoil said.

The below table shows the sale prices for the bunkering vessels as reported by Brightoil, and the valuation, buyer, and new vessel name as reported by VesselsValue.

However, worry persists over the degree to which the lockdowns have wrecked the economy.