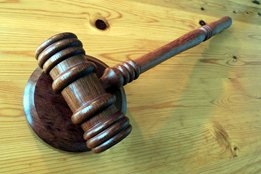 Local buyers in Singapore have snapped up Brightoil's six-strong fleet of bunker tankers at discounts of up to 45% on their market price valuation, with Global Energy Group, Equatorial Marine Fuel, and Minerva Bunkering among the buyers.

The vessels were put up for action last month, with records from the Supreme Court of Singapore showing sales for three vessels were completed on October 2, and the remaining three on October 9.

Local sources indicate there was strong interest in the vessels

Equatorial Marine Fuel, Singapore's fourth largest bunker supplier by volume for 2018, acquired Brightoil 326 and Brightoil 319, the latter it has since renamed Sea Bountiful.

Details for the sale of Brightoil 688, valued at $4.97m, have not yet been disclosed.

Local sources indicate there was strong interest in the vessels thanks to the upcoming IMO2020 rule creating strong demand for bunkering assets.