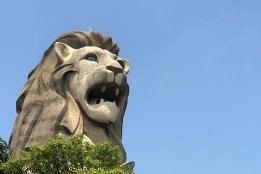 Among the revelations, the son of billionaire company founder Lim Oon Kuin (OK Lim) says his father hid $800 million in futures losses sustained over a number of years.

The company is also said to have sold off much of the inventory used as collateral for its lenders.

The April 17 dated filing was made by Hin Leong and subsidiary Ocean Tankers who are seeking court protection from creditors for six months.

The filing, which has already been reviewed by a number of media agencies including Reuters and S&P Global Platts, was signed by Lim Chee Meng (Evan Lim), OK Lim's son who is also a director at both Hin Leong and Ocean Tankers.

Under Singapore law the companies now have protection for 30 days pending a court decision on granting protection for the full six-months, Reuters notes.

While the filing points to the recent collapse in oil prices and measures taken in the wake of the COVID-19 pandemic as the being at the root of its woes, the filing also claims that in truth Hin Leong "has not been making profits in the last few years."

This includes "about US$800 million in futures losses over the years but these were not reflected in the financial statements."

The filing further states that during a recent video conference held with creditors and advisers it was stated that as at April 9 Hin Leong had $4.05 billion in liabilities vs assists of $714 million.

No doubt worrying for creditors will be the allegation that Hin Leong has sold off a substantial amount of the inventory being used as collateral.

"As a result, there is a large shortfall of inventory as compared to the quantum of inventory which has been secured in favor of the bank lenders who had provided inventory financing. I was not involved in the decisions to effect the disposals, which were made by my father," the filing states.

As a result, Reuters says Hin Leong could potentially owe the Ocean Tankers entity $2.67 billion for cargoes it is now unable to deliver.

An affidavit by Evan Lim states Hin Leong's inventory value on April 9 was valued at $141 million compared to the $1.277 billion stated in accounts for the year ending October 31, Financial Times reports.

The revelations cast further doubt on the future of Hin Leong's marine fuel entity, Ocean Bunkering, which was ranked as Singapore's top and third largest supplier by volume for 2018 and 2019 respectively.

While sources last week told Ship & Bunker the supplier still appeared to be delivering fuel and has sought to assure some customers it intends to carry on its business as usual, other industry sources say they have been told deliveries would stop at the end of last week.

The reasons behind the arrests are unclear, but are likely to do with disputes over the payment for goods and services.