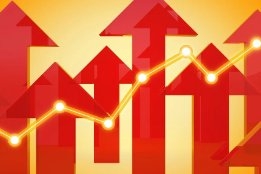 Bonded bunker sales to international vessels across Zhoushan Port's four main anchorages jumped 37.2% y-o-y in 2020 to 1.866 million mt, according to the latest official data released by the port at the weekend.

A total of 2,405 international vessels were supplied during the year at the anchorages of Tiaoqimen, Xiazhimen, Mazhi and Xiushan, putting the average stem size at 776 mt.

The port recorded a total of 7,517 bunker operations during the year, putting the average stem size for 2020 at 628 mt. This is on par with other refulling hubs such as Panama, and around half that of Singapore, by far the world's largest bunker market.

the growth of bunker sales volumes in Zhoushan comes in a year when the well-documented challenges of the coronavirus pandemic have caused global bunker demand overall to fall.

Bunkers supplied by the 10 government-licensed players in the Zhejiang Free Trade Zone also rose, the port added, with the companies supplying 1.386 million mt of fuel accounting for 29% of the total annual fuel supply.

In commentary released alongside the data, the port said the increase was "not easy" to achieve and attributed the rise to a series of measures that had been put in place. This includes various government backed schemes to improve efficiency, dispute resolution, and customs clearance, as well as a reduction in port fees.

Indeed, the growth of bunker sales volumes in Zhoushan comes in a year when the well-documented challenges of the coronavirus pandemic have caused global bunker demand overall to fall.

A recent market survey by Ship & Bunker in conjunction with consultancy BLUE Insight indicated volumes at major hubs in Q3 2020 were down 7.9%, with some ports witnessing a decline of some 40%.

While the port's Q3's sales likely got a boost from quarantine measures applied in Hong Kong in August - prompting Hong Kong bunker sales to drop 47% in the quarter and Zhoushan to get much of the rerouted traffic - the gains overall remain driven by the Chinese government's goal of increasing bunker sales at its ports.

Recent measures taken by Beijing to support this goal include a long-awaited rebate on value added tax on fuel oil from February 2020, and incentivising domestic refiners to produce VSLFO in large quantities and help Chinese ports compete on price with their Asian competitors.

Manufacturer Lean Marine says technology saves up to 15% on fuel.

On box ship newbuilds to be built in South Korea.

And have released the latest version of their Top 10 Bunker Companies report updated for 2021.