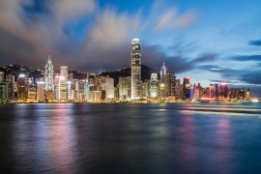 New rules in Hong Kong will dissuade vessels from making bunkers only calls, according to local players.

The rules, introduced at the end of last month and are aimed at addressing the Covid-19 pandemic, mean vessel crews are subject to a 14-day quarantine period unless they are loading or discharging cargoes.

"The Hong Kong government did not say no to bunker-only calls to Hong Kong. Vessels can still come for bunkering only, but vessel crews have to be quarantined for 14 days and shipowners are not keen to do that," a Hong Kong-based supplier was quoted by Platts as saying.

The new rules are expected to shift about 10% of Hong Kong's bunker demand to Zhoushan, another suppler estimated.

Other players said they had received stem cancellation requests since the new rules were announced.