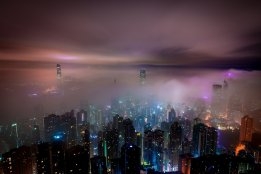 Trading of Brightoil's shares in Hong Kong has been suspended for several years. File Image / Pixabay

A Hong Kong court has dismissed a winding-up petition against Brightoil Petroleum after the company reached a financial settlement with Petco Trading Labuan Company, which filed the proceedings.

The court dismissed Petco's petition on Monday, Brightoil said in a statement on its website.

"The company has successfully reached settlement on the outstanding debts with the petitioner ... and other interested creditors in the Hong Kong court proceedings," the company said.

In May Brightoil announced its Singapore unit had reached a settlement with Petrolimex over a $30 million debt to them.

Brightoil's founder Sit Kwong Lam was forced to step down in April 2019 after being declared bankrupt.

Trading in Brightoil's shares in Hong Kong has been suspended since October 2017.