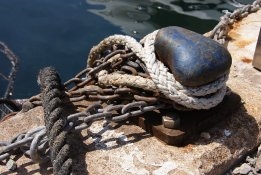 The Marivia, a 30,000 deadweight tonnage box ship, is controlled by German shipping interests and sails under the Liberian flag, according to ship database equasis.

The reasons behind the arrest of the are unclear but are likely to do with disputes over payments for goods and services.

The ship was arrested in the port city on the evening of March 25 by local law firm Rajan & Tann.  It is currently docked at the Pasir Jantang container terminal, the records show.

Meanwhile, the Kremlin suggests that hostilities against Ukraine could soon end.