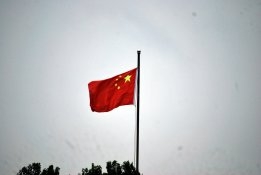 Chinese crude demand has held up much better than other parts of the world this year. File Image / Pixabay

VLCCs are queuing outside Chinese ports because of the country's "seemingly insatiable demand for crude," according to shipping intelligence service Alphatanker.

Some 45 VLCCs were waiting outside Chinese ports last week carrying 90 million barrels of crude, according to Alphatanker's estimates.

But the number now waiting is about 10 fewer than at the peak of the phenomenon in late August, the firm said in its weekly newsletter Thursday.

"Considering our expectations that Chinese buying activity has recently waned, this suggests that delays will continue to unwind over the short term," Alphatanker said.

"In turn, this implies that as more vessels are released into the VLCC pool, further downward pressure will be heaped on spot hire rates."

The use of nuclear energy in shipping has thus far largely been restricted to military vessels and Russian icebreakers.

TFG Marine Expands in US Gulf