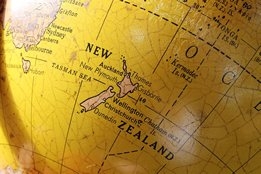 New Zealand's government is considering whether it should sign up to MARPOL Annex VI, and is seeing some resistance to the idea.

All MARPOL signatories must enforce its various obligations that includes the various sulfur regulations for marine fuel.

But with the global 0.50% sulfur cap coming into force from January 1, 2020, as with many other nations already signed up to ANNEX VI there are concerns over the cost and availability of compliant fuel.

As a non-signatory, New Zealand currently has no obligation to enforce IMO2020.

"Most ships can use low sulphur diesel which is on the market now. The only problem with that is that it's more expensive," Mike Fuge, chief executive at Refining New Zealand, told local media.

While the country's Shipping Federation says it is certain the government will sign up to MARPOL, Refining New Zealand say they would like to see a phased approach to adopting the new rules.

A historic moment with a reach going well beyond the bunker and marine industries as the impact of the new rules is felt across the globe.