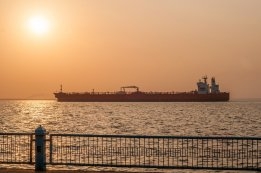 Stocks of IMO2020 grade fuel oil and blending products held in floating offshore storage at Singapore stood at 2.9 million metric tonnes at the end of August, according to research firm Vortexa.

The estimated number of vessels being used as floating storage at the southeast Asian bunker hub was 17.

In the last 12 months, total offshore storage capacity at the port has increased by 2.6 million mt to 6.9 million mt, the report said.

The revised GHG strategy will now be set at the 80th MEPC meeting in July 2023, after further working-group meetings in March and in the week before MEPC 80.