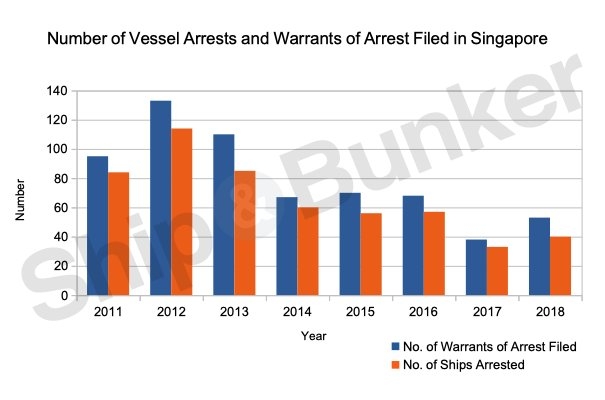 Singapore saw a slight uptick in ship arrests last year, according to data provided to Ship & Bunker by the Supreme Court of Singapore.

Despite the rise, the figures are still some of the lowest in recent years and well below the most recent highs of 2012 when there were 114 ships arrested and 133 warrants for arrest filed.

Disputes over unpaid bills, particularly for bunkers, is a common cause for such legal action.

Coronavirus Causes More Losses For Crude, While Libyan Shutdowns Described As "A Bullet In The Head"

Still, one analyst thinks traders have overreacted to the virus.