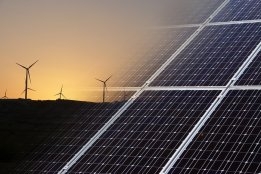 Ship to be powered from renewable energy. File image/Pixbay.

A zero-emissions, coastal tanker, which could undertake bunkering operations according to its promotional video, is to be built in Japan for deployment in Tokyo Bay in two years' time.

Three companies -- Asahi Tanker Company, Exeno Yamamizu Corporation and MOL -- are behind the initiative which is a joint-venture called e5 Lab.

The ship is designed to run entirely on electricity. Replenishment would be from renewable energy sources such as wind or solar power, the publicity video shows.

The aim of the project is to influence the design of Japan's 7,000-strong,coastal fleet.