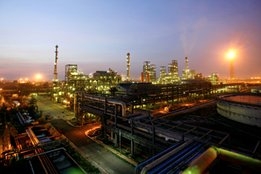 IndianOil has started regular production of IMO 2020 compliant VLSFO at its Haldia Refinery.

Production begin this month after the refinery come out of scheduled turnaround, the firm said in an emailed note.

Deliveries of the product has already commenced at the ports of Haldia and Kolkata on the East Coast of India.

The offering joins production from its Gujarat Refinery, on the West Coast of India, that begin last October.

Several ships have been arrested in March.

Oil Down Again on Coronavirus Fears, Possibility Of OPEC Not Making Deeper Cuts