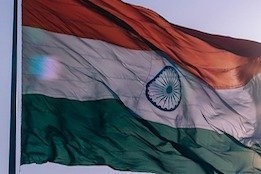 India's Ministry of Shipping is also said to be mulling tax breaks in order to promote the use of LNG as fuel.

"Discussions are going on with two oil marketing companies (OMCs) - Indian Oil Corporation Ltd (IOCL) and Bharat Petroleum Corporation Ltd (BPCL). Soon, one of the two OMCs will be provided with land on lease to have an LNG bunker," Atul Patne, CEO of Maharashtra Maritime Board (MMB), told local media.

It is reported that the project will likely take the form of a joint venture between one of the two OMCs and a private player.

Some international firms will be permitted to develop retrofitting facilities next to the LNG bunker facility at Dharamtar Creek, as they are said to be able to provide related expertise that is not currently available within India.

The ministry is also said to be mulling tax breaks in order to promote the use of LNG as fuel, with Patne explaining: "for a smaller vessel, it takes around Rs 2 lakh to install LNG kit, which is something similar to having CNG kit in our cars. The cost isn't much, but the overall benefit or cost saving is a lot more."

Shipping minister, Nitin Gadkari, commenting on the news, said that LNG-powered vessels travelling between Mumbai and Goa will be able to cut fuel costs by as much as 75 percent.

In June, the Ministry of Shipping said the Inland Waterways Authority of India (IWAI) and Petronet LNG Ltd (Petronet LNG) would work together to develop the operation of LNG barges on Ganga, National Waterway-1, by the end of 2018.

Officials say the trip won't result in more output, but Biden says it will.

The company has offered a full range of biodiesel blend tests since early this year, and has tested 'quite a number' of the blends, typically containing 20-30% biofuel.