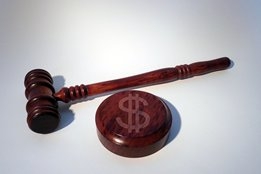 The ships were registered in the Marshall Islands, Panama, Hong Kong, and Singapore, and each fined NT$100,000 (USD$3,300), according to local media reports citing a note from the Ministry of Transportation and Communications.

Two violations occurred at the Port of Taichung and two at Port of Kaohsiung, although exact dates for the offences were not given.

Taiwan has required ships accessing Taiwan's ports use bunkers with maximum sulfur content of 0.50% since January 1.

The 0.50% sulfur limit on marine fuel has been rolled out across China's ECA since last year ahead of the global 0.50%S cap that comes into effect from January 1, 2020.

Rail congestion caused by coal deliveries may be exacerbating the problem.

The expansion makes Dan-Bunkering's Dubai office its largest by number of traders.