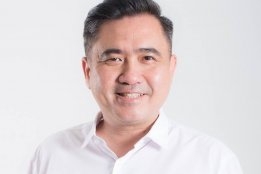 Malaysia's southern port of Johor is to invest in substantial storage and bunkering facilities following the signing of an agreement between Johor Port Authority (JPA) and Smart Crest Sdn Bhd.

Known as "bunker island" and coming at a cost of MYR2 billion ($480 million), the facility will be located the Free Commercial Zone of Tanjung Pelepas and constructed on 100 acres of the reclaimed island at Tanjung Bin, local media outlet The Star reports.

The development will be able to handle 1.2 cubic meters in capacity for a range of oil and gas products, and feature 61 tanks, two jetties and seven berths.

Citing the transport ministry, the report said that the new facility would be used to promote IMO2020 grade fuel oil.

It will take four years to complete, but it is hoped to be generating revenue after two years following the completion of the first phase of the development.

Reuters have suggested it could help Malaysia to one day rival its neighbour Singapore, which is by far the world's biggest bunkering port.

"At the national level, the development of this island will be a significant economic multiplier for the country as ships that enter to discharge or load oil will spend on other services such as agency fees, port charges and deliveries to the ship and crew transfers, hotels, career development and trade finance," said Transport Minister Anthony Loke Siew Fook.

The idea for such a project was reportedly discussed, but ultimately discounted, some 17 years ago.