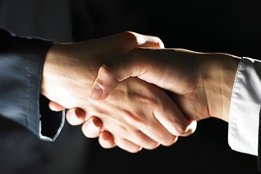 Tang was previously an executive director and member of the company's Executive Committee.

The move comes as part of a forced management reshuffle after the former Chairman and CEO, company founder Dr. Sit Kwong Lam, was forced out in April on a technicality after being declared bankrupt in an April 11 ruling by the High Court of Hong Kong.

But his absence from Brightoil's affairs will be short-lived, with the firm also announcing that effective today Sit returns to the company as a salaried employee - earning HK$1,800,000 ($230,000) per year plus discretionary bonus - in the role of strategic adviser of the Company.

In other moves, Mr. Xie Wenyan has been appointed as an executive director and member of the Executive Committee with effect from May 3, 2019, and Mr. Tan Yih Lin, whose roles include Group Chief Financial Officer and the Company Secretary, has stepped down.

Tan was said to have confirmed he has no disagreement with the Board and there are no matters relating to his resignation that needs to be brought to the attention of the shareholders of the Company and the Stock Exchange.

Brightoil's efforts to reorganize its finances remain ongoing, it currently has aggregate debts of approximately US$1.85 billion.